The Winter Park Sidewalk Art Festival’s Emerging Artist Program was founded in 1977 and encourages new artists to participate in the world of outdoor festivals at no cost to the selectees. Emerging Artists, who are determined through the same juried process as all of the event’s participating artists, will have the opportunity to make sales and get feedback from art patrons and judges. While Emerging Artists are not eligible for prizes, the exposure and the experience is invaluable. This year three artists were chosen for the program. 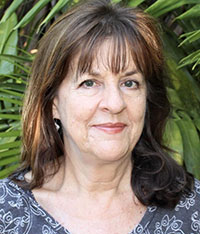 Stephanie DeGuglimo is an emerging artist working with papier mache sculpture. Having learned the method of papier mache over 50 years ago, she developed and experimented with many different techniques to discover innovative ways to make papier mache a fine craft. Most of her work was commissioned by decorators and featured in decorator showrooms, antique shops and department store windows in Manhattan. She says that papier mache is a true shape shifter; from tree to paper, then paper to pulp and then from pulp back to form. It is not only strong, durable and recycled but a refined craft with endless possibilities to reinvent itself. Stephanie currently lives and works in West Palm Beach, Florida. 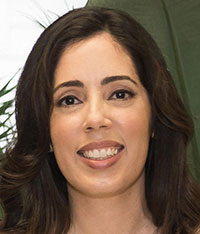 Natalia Hubbard was born in California and raised in both Miami and Long Beach. She studied at Art Center College of Design in Pasadena and graduated in 2010 with a degree of Bachelor of Fine Arts in illustration. Working as a graphic designer after college and relocating to Miami, the paintbrush fell by the wayside. On a fishing trip in the Everglades with her husband, she felt tugged between catching bass and painting the habitat. Shortly after, she picked up the paintbrush again. “I love focusing on the everyday, accentuating its vibrancy by picking out its color, texture, and pattern.” As for the Everglades, her goal is to let people bring its timeless beauty into the home. 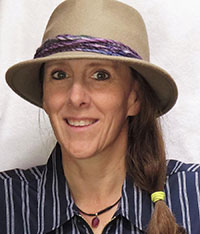 Several years ago, Connecticut native, S.E. Gilchrist, traded traditional life for a nomadic one. After selling her house and most of her belongings, she moved into a motorhome, where she continues to live and travel throughout North America. This desire for a minimalist life, was likely born from the same place as her love of hard-edge and geometric abstraction. It was artists such as Piet Mondrian, Ilya Bolotowsky, Felrath Hines, Carmen Herrera, and Frederick Hammersley who inspired her. Her work mirrors her lifestyle: both are about simplicity and reduction - paring down to the essentials. It is the lines and the shapes that begin her work, and the interaction of colors that completes it. Gilchrist learned the art of stitching during the first decade of her life. While she found it easier to apply her colors with paint or ink as opposed to thread, she always returned to stitching. The meditative quality of patience required in completing these works is what inspires her most to continue working in this medium.