Enjoy a Celebration of Youthful Creativity

Watch an Aerial View of the School Tents 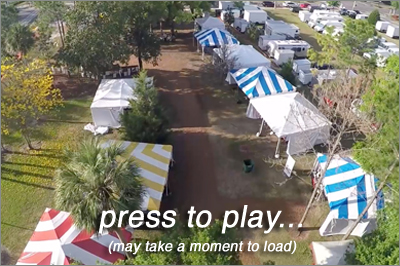 The Winter Park Sidewalk Art Festival has proudly showcased the artists and art programs of Orange County public and private schools since the first festival in 1960.

You'll be amazed to see the unique art works created by these talented students. The displays are located across the railroad tracks near the Post Office along with the easel painting and museum activities for children. The exhibit is named in honor of Leon Theodore, an artist, teacher, and former member and president of the art festival board.

This year's distinguished judges for the high school and middle school art:

A much deserved thank you to the Joe and Sarah Galloway Foundation, Orange County Public Schools, Art Systems of Florida (ASOF), The Morse Museum, and the Winter Park Sidewalk Art Festival Foundation, for their continued support of this impressive exhibit.

WHO IS LEON THEODORE?

Leon Theodore taught for Orange County Public Schools at Hungerford High School and then at Edgewater High School until his retirement. He was an exhibiting artist in The Winter Park Sidewalk Art Festival and developed the students’ section where artwork from Orange County private and public schools could be displayed. He was a long time WPSAF board member and the 1983 president. In 2000 the WPSAF committee changed the name of the student section to the Leon Theodore Schools Exhibit in his honor and memory. He passed away in March, 1999 during the same weekend of the Festival.

I began with Mr. Theodore at Edgewater in the 10th grade. I will never forget his first comment on the first day of his classes each year, “If you are sitting in one of my desks because you think this class is going to be an easy A, please get up and get out. I take teaching art very seriously.” I quickly learned that this teacher truly cared about each individual student and showed us how to gain confidence through our own expressions in art.

He inspired me in so many ways but mostly because he believed in me.  He always encouraged me and pushed me to do my best. I went on to major in Art Education at Mercer University in Macon, Ga. so that I could give back to students all that he had given to me in my three years at EHS. I am a full-time 3rd - 5th grade art teacher. And I have every intention of investing in each child just as Mr. Theodore invested in me!
I look forward to encouraging them in my art room just as Mr. Theodore encouraged me and so many others that they are countless!  It is my desire to always keep a legacy like the one Mr. Leon Theodore left behind alive!

Whenever I see The WPSAF Leon Theodore Schools Exhibit area each year, I am so proud to say, ‘That great man was always my favorite teacher!’ ”

Leon was a kind, soft spoken man who was genuinely concerned about the welfare of his students. Though he was small in stature, he was well respected and admired by everyone. He and I were church ushers at St. Margaret Mary Catholic Church in the early 90's. You might say, “He took care of his pews.”
On several occasions, I would see his students' art work displayed at the Ronald Blocker Educational Leadership Center. I was impressed by the talent of his students at Edgewater High. He influenced other art teachers in the district to display their students’ work. To this day, veteran art teachers around Orange County reminisce about his integrity and craftsmanship.

I considered him a renaissance man for his love and devotion to his craft and his pupils. When I began my teaching career, Leon Theodore was someone I could turn to for advice and counsel. The faculty at Edgewater loved him dearly. I can say for certain that it was a very sad day at school when we heard of his passing. He was a truly remarkable artist, and a human being. It was an honor for me to call him a friend and colleague.
Oh yes, one more thing...Leon had a terrific smile which was contagious. I miss him immensely.”

Leon Theodore was not only an accomplished artist, but a talented and dedicated teacher. I remember him as an energetic worker for the WPSAF, he worked very hard on the student exhibits. Leon, Grady Kimsey and I judged many student art exhibitions and contests. He was always kind and had a great sense of humor. I enjoyed spending any time I could with him.

Dad was a gentle, kind man who although quiet, stood up for those he cared for. This did not remain with just his family. He applied this concern and love to anyone under his ‘care’. I can remember being angry that I had to share him with the kids in the neighborhood. Little did I know how many kids he touched and influenced. That statement speaks to whom my father was. Each person felt like they were the center of his attention, especially my mother.

Applications will be available after Labor Day on our website.
Please return your completed application quickly.

Note that spaces are filled on a first-come basis, then a Wait List is created.